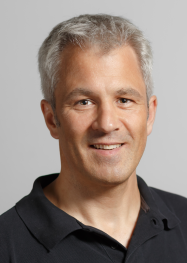 Timo is a Research Associate at the Centre for European Economic Research - ZEW in Mannheim and an adjunct professor in the joint Executive MBA program of ESSEC and Mannheim Business School. He serves as Co- Editor of Environmental and Resource Economics, on the Editorial Board of the Journal of Environmental Economics and Management and Economics of Disasters and Climate Change. In the recent past, he has held visiting appointments at the Toulouse School of Economics, the University of Rome ‘Tor Vergata’, and Harvard University. During his career, he has coordinated a number of externally funded research projects on issues ranging from environmental crime and voluntary climate action to socio-ecological tipping points and geoengineering.

Over the years, Timo has been a consultant for a number of public and private organizations, among them the World Bank, the Asian Development Bank, the OECD, the UK’s Prime Minister’s Strategy Unit, the Environment Agency for England and Wales, and the German Parliament (Bundestag) as well as British Petrol and Anglian Water.

Timo Goeschl is recipient of a number of awards and prizes, among them Marsilius-Fellowships, a Fulbright-Schuman Fellowship, an Austrian Academy of Sciences scholarship, and in 1995 the Outstanding Graduate Award (Würdigungspreis) by the Minister for Science and Research for Austria’s top 50 graduates.

13) The Private Provision of Air Quality Information (with A. Dangel). In preparation.

12) Keeping Promises: Credibility and Cooperation in Social Dilemmas (with A. Soldà). In preparation.

8) More Money or Better Procedures? Evidence from an Energy Efficiency Assistance Program (with B. Chlond and M. Kesternich). Under review.

6) How to Design the Ask: Funding Units vs. Giving Money (with J. Diederich and R. Epperson). Revise & Resubmit.

4) Self-Nudging vs. Social Nudging in Social Dilemmas: An Experiment (with J . Diederich and I. Waichman). Discussion Paper.

3) The Experience of Social Risk (with F. Diekert and C. König-Kersting). Under review.

1) Torts, Experimentation, and the Value of Information (with Tobias Pfrommer). Revise & Resubmit.

(35)  To Mitigate or Not To Mitigate: The Price Elasticity of Pro-Environmental Behavior (with J. Diederich). Journal of Environmental Economics and Management 84 (July 2017), 209-222.

(25)  Willingness to Pay for Voluntary Climate Action and Its Determinants: Experimental Evidence (with J. Diederich). Environmental and Resource Economics 57(3), March 2014, 405-429

(10)  Property Rights for Biodiversity Conservation and Development: An Analysis of Extractive Reserves in the Brazilian Amazon (with D. Igliori). Development and Change 37(2), March 2006, 427-451.

(8)  Incentivizing Ecological Destruction: The Joint International Regulation of the Conservation and Use of Biodiversity (with R. Gatti, B. Groom and T. Swanson), Indiana Law Review 38(3), May 2005, 619-635.

(5)  The Development Impact of Genetic Use Restriction: A Forecast based on the Hybrid Crop Experience (with T. Swanson). Environment and Development Economics 8, 2003, 149-165.

(3)  Genetic use restriction technologies and the diffusion of yield gains to developing countries (with T. Swanson). Journal of International Development 12(8) Dec. 2000, 1159-1178.

(15)  Diffusion and Distribution: The Impacts on Poor Countries of Technological Enforcement within the Biotechnology Sector (with T. Swanson). In: K. Maskus and J. Reichman (eds.): International Public Goods and Transfer of Technology under a Globalized Intellectual Property Regime. Cambridge: Cambridge University Press, 2005, 669-694.

(14)  The Inappropriateness of the Patent System for Addressing Recurring Problems of Resistance (with T. Swanson). In: R. Laxminarayan: Battling Resistance to Antibiotics and Pesticides: An Economic Approach. Washington. D.C.: RFF Press 2003, 293 – 329.

(11)  The Impacts of GURTS on Developing Countries: A Preliminary Assessment (with T. Swanson). In T. Swanson (ed): Biotechnology, Agriculture and the Developing World. The Distributional Implications of Technological Change. Cheltenham: Edward Elgar 2002, 177-197.

(10)  Forecasting the impact of genetic use restriction technologies: a case study on the impact of hybrid crop varieties (with T. Swanson). In T. Swanson (ed): Biotechnology, Agriculture and the Developing World. The Distributional Implications of Technological Change. Cheltenham: Edward Elgar 2002, 198-218.

(8)  Intellectual Property Rights in Global Agriculture and their Impact on the Diffusion of Productivity Gains (with T. Swanson). In: D. O'Connor (ed.): Technology and Poverty Reduction in Asia and the Pacific. OECD Publications 2002.

(7)  On the Economic Limits to Technological Potential: Will Industry Resolve the Resistance Problem? (with T. Swanson). In: Swanson, T. (ed): The Economics of Managing Biotechnologies. Dordrecht: Kluwer Academic Publishers 2002, ch. 4.

(6)  The Diffusion of Benefits from Biotechnological Developments: The Impact of Use Restrictions on the Distribution of Benefits (with T. Swanson). In: Swanson, T. (ed): The Economics of Managing Biotechnologies. Dordrecht: Kluwer Academic Publishers 2002, ch. 10.